Spring in Zagreb is always marked by beautiful flowers, but the blossoming magnolia trees attract the most attention. They are a frequent floral motive in photos of the famous King Tomislav Square in Zagreb. 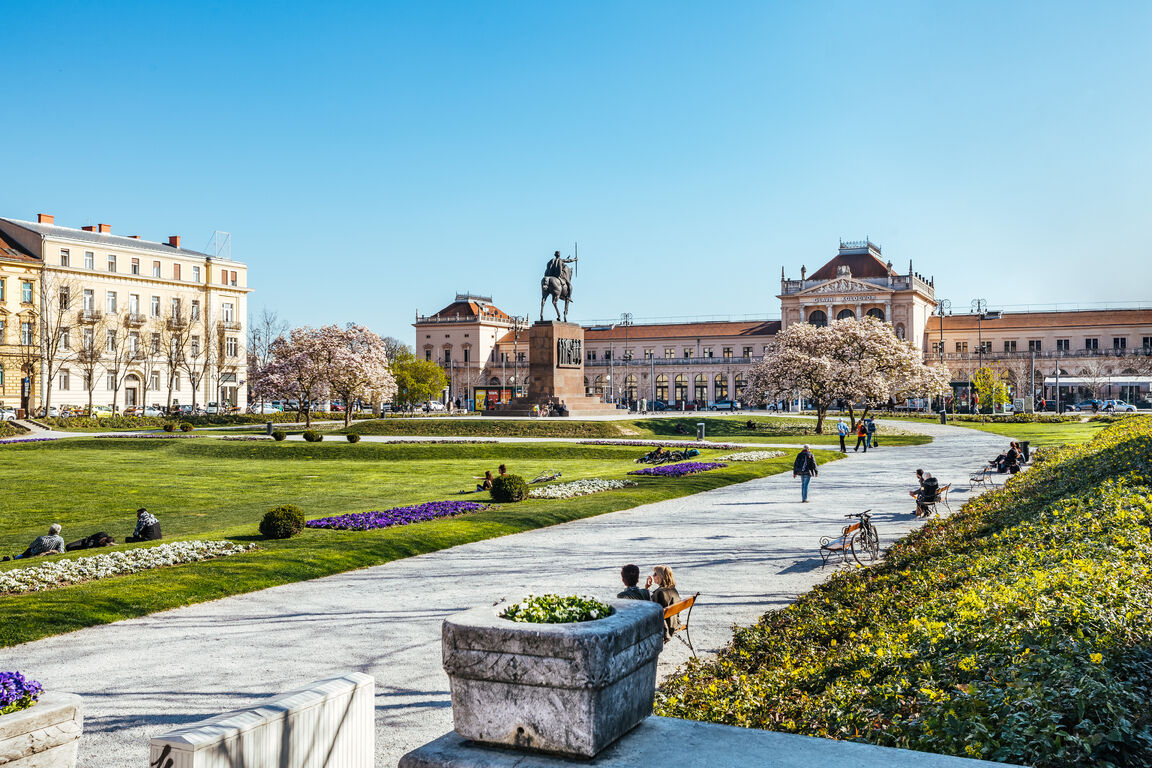 A walk around parks in Zagreb is a pleasant way to get to know the city and its architecture, but also to enjoy colourful flowers which follow the rhythm of seasonal changes. Even though there is a lot to enjoy, certainly blossoming magnolias in Zagreb’s King Tomislav Square near the Central Station are among the most impressive.

The sight of blossoming magnolias is the reason why passers-by often wish to stop and keep a memory of it in a form of a photo, owing to which this beautiful tree full of rosy flowers is a star of social networking sites. This species is called Magnolia × soulangeana, its tree is six to ten meters tall and the diameter of the crown, ornated by white and rosy flowers every spring, is up to five meters.

Not only when in their blossoming apparel, magnolia trees decorate King Tomislav Square, which is one of the most beautiful squares in Zagreb. It is dominated by the monument to the first Croatian king, King Tomislav. The monument was made by the sculptor Robert Frangeš Mihanović in 1938 and it was put up in its current location in 1947.

The building of the Central Station, built in 1892 in the Historicist style, marks the Eastern border of the square.

If you walk from King Tomislav Square towards the city centre, you will reach the Art Pavilion, built for the Millennium Exhibition in Budapest in 1896. By implementing the most recent experience in building with metal frames of that period, the pavilion was dissembled and transferred on a train from Budapest to its current location. The opening ceremony took place in 1898 surrounding a grand exhibition of modern artists. Since then, the pavilion has continuously hosted exhibitions of renowned Croatian and foreign artists.

The Esplanade Zagreb Hotel, famous for its excellent service in the past as well as today, is located very close to King Tomislav Square. The hotel was built in 1925 to provide accommodation to passengers on the famous Orient Express train, which stopped in Zagreb on its way from Paris to Istanbul.